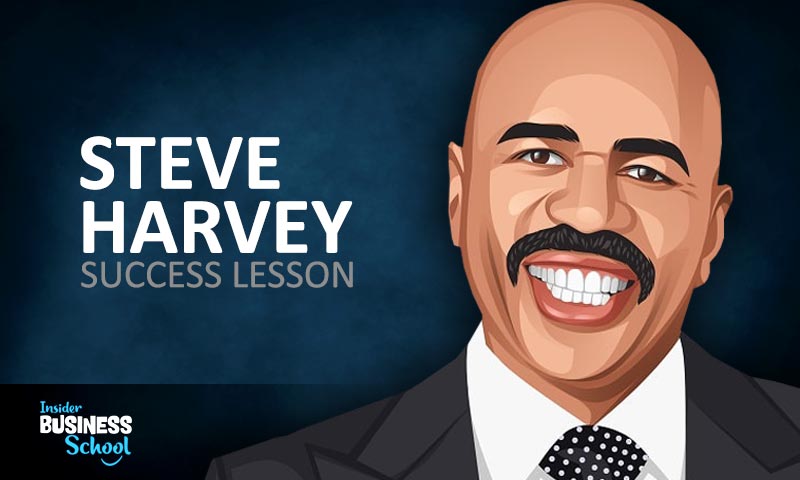 Steve Harvey Net Worth: “Broderick Stephen Harvey” is an American broadcaster, actor, comedian, TV presenter, author, businessman, and game show host born on January 17, 1957. Steve is the man in front of your TV screens when you watch The Steve Harvey Morning Show, Family Feud, Celebrity Family Feud, and the Miss Universe competition (since 2015). With all that under his name, it’s no surprise at all that he’s worth a whopping $200 million.

Known as a comedian and host for a number of TV shows, including “The Steve Harvey Morning Show,” “Family Feud,” and “Celebrity Family Feud,” Steve Harvey has made a name for himself in the entertainment industry for over 30 years to date.

That’s why he undoubtedly has a good deal of stories to tell.

We’re now going to take a look at Steve Harvey Success Lessons we can learn from no other than Steve Harvey himself.

Aside from that, we’ll also be covering:

So, if you are a fan of Steve Harvey and he has entertained you in any way, then this article is for you.

Who Is Steve Harvey?

Before he ventured into comedy, he worked as a boxer, autoworker, insurance salesman, carpet cleaner, and mailman.

Having been raised in Cleveland, Ohio, his first performance as a standup comedian was at the Hilarities Comedy Club in the city on October 8, 1985.

During his humble beginnings as a comedian…

… he experienced being homeless for three years. His 1976 Ford used to be where he’d sleep in. Not only that, he bathed in gas stations or swimming pool showers when the gigs he performed didn’t provide hotel accommodations for him.

He first gained popularity when he performed at The Kings of Comedy tour together with D.L. Hughley, Cedric the Entertainer, and Bernie Mac.

It was a successful one, having grossed $37 million from 1997 to 1998. It paved the way for Harvey to become a household name.

Right now, he’s one of the highest-paid comedians, having earned a staggering $200 million. He roughly earns an average of $45 million in annual salary.

Needless to say, Steve Harvey has had one heck of a career – and a fat paycheck, mind you!

10 Lessons For Success From Steve Harvey

Lesson #1: Failure is a wonderful teacher.

“You will never succeed more than you fail, that’s not how it works.”

Steve Harvey had lots of ups and downs before he achieved the tremendous success he’s enjoying now. He went through many hardships and failures.

But even then, he didn’t give up on his dream of becoming a comedian.

What we can learn from Steve Harvey’s life is that no matter how many times we stumble and fall, we should not forget to embrace our failure, stand up again, and learn from it.

Every time we fail, we’re one step closer to our goal.

Indeed, failure is a great teacher.

In finding your purpose, you first need to identify your gift – passion, calling, inner self – for you to move forward.

Your purpose can guide you in your life’s decisions as it gives you directions to where you’re heading in your future.

Without it, you’ll feel like you’re doing the same thing over and over again without ever actually getting things done.

Your life’s purpose keeps you focused on things that really matter to you.

Lesson #3: Look towards your future and not the past.

“Identify your gift and get busy with it…that’s how you become successful.”

Everything we have done in our past stays in the past. What we need to focus on is our future. “Look at the present with the lens of the future.” If we make mistakes, we should learn from them. That’s how we grow as a person.

The past gives us lessons from experiences, but we just gotta leave that behind because we wake up every day with a brand new chance at life and a different perspective.

Want to be successful? Change your mindset.

Your success depends on how you perceive things. With the right mindset and determination, you can achieve anything.

Never settle for anything less than what you’ve always wanted to attain for yourself.

Want a motorcycle? Get a car.

Want a job? Start a career.

Never let the devil rob your destiny. Don’t let your negative thoughts steal away a good plan. In the end, it’s all about your future that’s involved.

You gotta stay focused on your goal. Continue to work on whatever it is that you need to work on. Have clear goals and objectives so you can track your progress.

There are several advantages of becoming a leader – there is more authority in the workplace, more power to make decisions, and more autonomy at work. It also comes with higher aspirations. However, here’s a bummer – it also comes with baggage (more tension). It’s predicted that a good leader will not only succeed and deliver but also encourage others to thrive in tough times.

Lesson #7: Break through the glass.

“When you break through the glass ceiling, you’re going to get cut but that’s the only way to get to the next level. I knew that I could not remain the same and change.”

We all have dreams and ambitions yet only a few individuals actually attain them. This is because most of us have let our boundaries hold us back.

In order to get to the next level, you must be willing to break through the glass. Break free from the shackles of your comfort zone. Embrace the bigger challenges that await you outside that figurative glass ceiling.

Break through and break free.

Steve teaches us to not quit because quitting guarantees failure. To be successful, you must condition your mind every day by visualizing your goal day in and day out. The more you envision it, the more you’ll accomplish it.

And when you’ve finally achieved it, don’t settle. Peak through that horizon and you’ll learn there’s a lot more in store for you.

“Faith is the substance of things hoped for.” If you hope hard enough, that’s faith. If you can keep your hope alive, then it’s a guarantee that you can make it!

Quit letting people tell you the route to success when Someone up there clearly created you to be different.

You are your own person – unique, one of a kind, one in a million. No one – not even your friends or family – can dictate you into changing who you are as a unique person.

There you have it – I’m sure you’d all agree that Steve Harvey doesn’t just give us laughs but also lessons we can apply in our lives.

The 10 lessons here are all about focusing on success. Which one was your favorite?

Tweet us at @InsiderBusinessSchool to tell us which lessons struck a chord with you today. 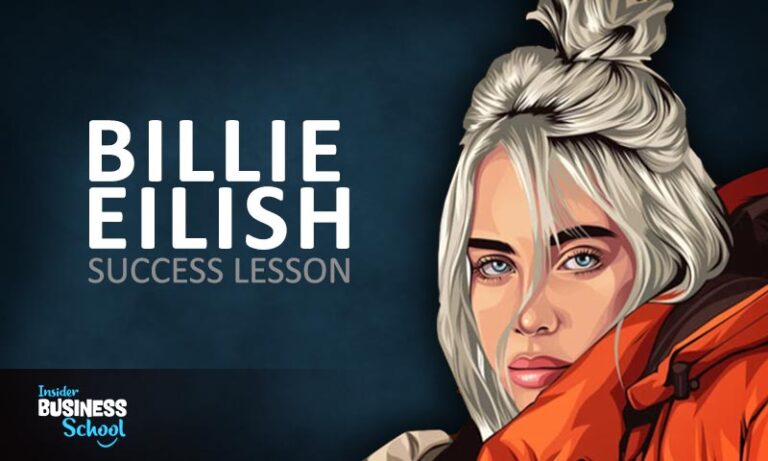 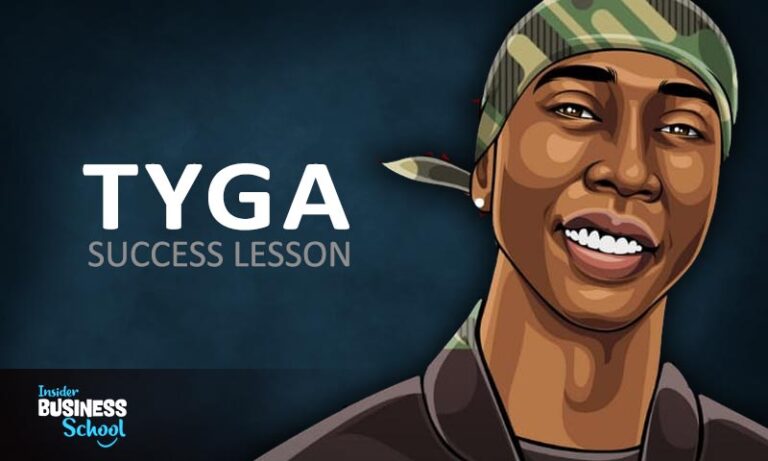 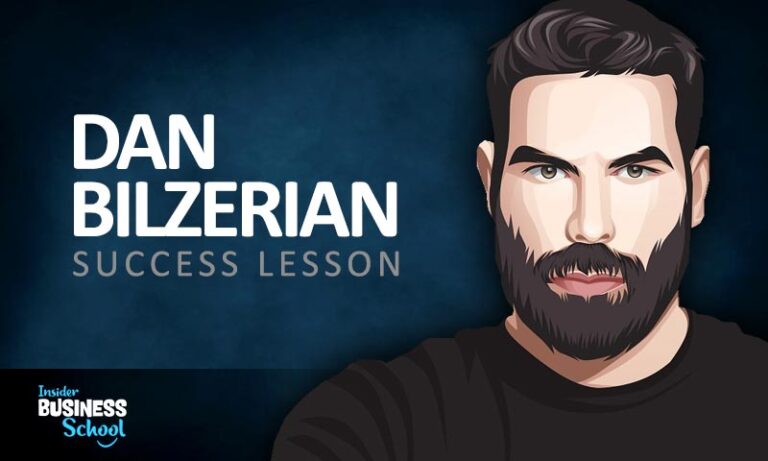 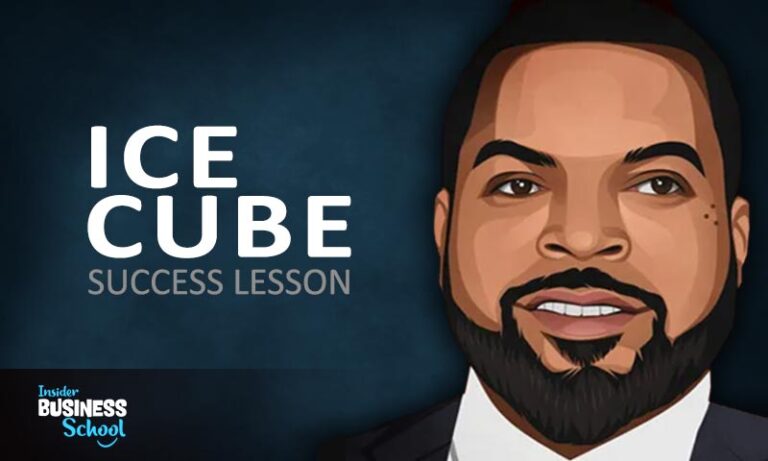 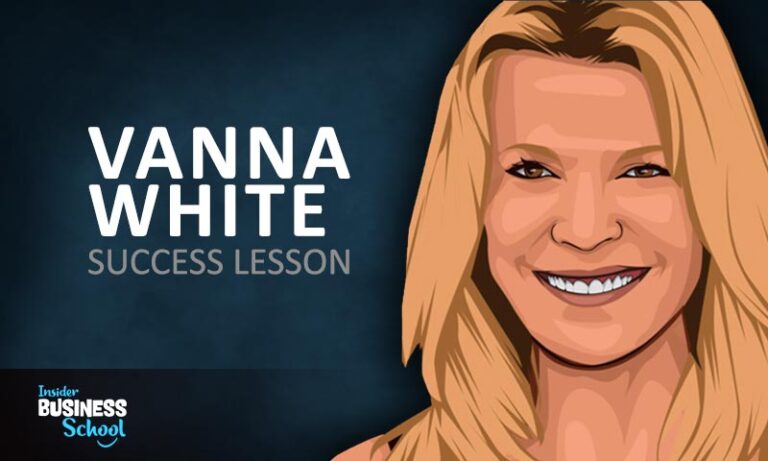