You might not know who Lei Jun is, but if you’ve ever used a Xiaomi smartphone, you’ve benefited from his work.

Lei Jun is a Chinese entrepreneur and the co-founder of Xiaomi Inc., one of the world’s leading tech companies that designs, develops, and sells smartphone consumer products and mobile apps.

Lei Jun, Xiaomi’s main man, has an estimated net worth of $14 billion.

He was born in Xiantao, China, in 1969 and studied Computer Science at Wuhan University.

After researching for hours, we’re definitely impressed by Lei Jun’s Net Worth and career, which we’ll be serving you now!

We’re also surprised. Lei Jun has a very interesting career that is still going on up to this day.

Ready to see how this tech mogul suddenly boomed globally?

Who Is Lei Jun?

Lei Jun is the CEO and founder of Xiaomi, one of the world’s leading technology companies.

He’s an entrepreneur who has founded and co-founded many successful companies, including Kingsoft, Joyo.com, an online bookstore, and Yaduo.com.

The tech boss founded Xiaomi with a vision to create an ecosystem of connected devices that would make people’s lives better.

In March 2014, Forbes magazine listed Lei Jun as the 30th-richest person in China, with an estimated net worth of $7.1 billion.

He had a net worth of US$23 billion as of March 2019, according to the Hurun Report, making him the 29th richest person in China.

Who Is Lei Jun?

Chinese entrepreneur Lei Jun is most known for founding Xiaomi, one of the top smartphone manufacturers in the world.

Lei Jun is an inspiring figure for many young entrepreneurs. He has shown that building a successful business in China is possible.

…he’s also regarded as a great example of an effective angel investor.

Lei Jun is one of the most successful entrepreneurs in China.

He has also been involved in many other businesses, including e-commerce and venture capital.

Jun was born in Xiantao, in Hubei province, in Central China. He moved to Wuhan at the age of four.

He left Mianyang Middle School in 1987 and enrolled in Wuhan University, where he got a bachelor’s degree in computer science after completing all of his coursework in just two years.

And the company has since become one of the most valuable startups in the world.

Jun is also an active angel investor and has invested in over 100 companies, including UCWeb, Vancl, and Didi Kuaidi.

In addition to his business ventures…

Jun is also a noted philanthropist. He has donated over RMB 100 million (approximately $16 million) to various causes, including disaster relief and education.

How Old Is Lei Jun?

Other entrepreneurs and business leaders who are also 5 feet and 7 inches include Mark Zuckerberg, Carlos Slim, and Gary Vaynerchuk.

How Much Is Lei Jun Worth?

Lei Jun’s net worth is $14 billion. He is the co-founder and chairman of the Chinese electronics company Xiaomi.

A billionaire from China…

The CEO, chairman, and founder of Xiaomi, a digital business that builds markets and distributes smartphones, apps, and other consumer electronics, is frequently referred to as the “Steve Jobs of China.”

He also has a significant stake in Kingsoft, a Chinese software company.

He was formerly regarded as China’s richest person. He was a person who combined quantity and quality in South Asia and China.

Even though his products are relatively affordable, they are of high quality.

He has a reputation for creating a business model that focuses more on services than products.

Lei Jun was the 118th richest person in the world as of August 2022, with an estimated net worth of $14 Billion, according to the Bloomberg Billionaires Index.

As we already know…

Lei Jun is the founder of Xiaomi, one of China’s largest smartphone companies, and has also

made significant investments in many other tech companies.

In total, Lei Jun has invested in over 100 different companies.

Lei Jun’s most notable investments include:

Lei Jun was an early investor in the company, and his support allowed it to develop into one of

China’s leading competitors in its industry.

Lei Jun’s investment helped the company to grow quickly and become one of the leading app developers in China.

Did Chu Xing is a Chinese ride-hailing service that is similar to Uber.

Lei Jun was an early investor in the company, and his investment helped it grow to become the

In addition to that…

Aside from investing in technology companies, Lei Jun has several other business interests.

He is also a co-founder of Kingsoft Office, a popular office software suite.

You may know Lei Jun as the founder of Chinese tech giant Xiaomi, but there’s more to his story than meets the eye.

Born in December 1969 in Xiantao, Hubei Province, Lei Jun grew up during a time of great political and social turmoil in China.

He moved to Wuhan at the age of four.

The future billionaire Mianyang Middle School in 1987 and enrolled in Wuhan University,

Lei Jun was not interested in business or making money as a young man. Instead, he dreamed of becoming a scientist or an engineer.

After a brief stint in the army, he decided to study Computer Science at Wuhan University.

After graduating from Wuhan University, he started his first company, Kingsoft.

Lei Jun’s interest in entrepreneurship developed while he was a student and established his first business, which sold modems and routers

In 1991, he graduated with a Bachelor of Arts in Computer science from Wuhan University.

During his time at university, Lei Jun first became interested in business. He started several businesses while still a student.

Lei Jun is married to Zhang Tong. They have two children.

Lei Jun has two children. His older son is named Leo, while his daughter, Lisa, is a couple of years younger.

Lei Jun is a hands-on dad, and he loves spending time with his kids. In fact, he often takes them to work with him!

He has dedicated himself to being a devoted family man and has never been involved in disputes involving divorce or extramarital relationships.

Lei Jun has always been very close to his family, especially his parents.

He is the only child in the family, and his parents have always been very supportive of him and his career.

Lei Jun’s wife is also a very important part of his life, and the two of them have been married for over 20 years. They have two children together, a son and a daughter.

But that’s not all.

Read on to see how Lei Jun spends his money nowadays.

Is he a luxurious person?

Of course, we can’t forget about his charities!

But first, let’s dive deeper into his colorful career and see if he’s ever been involved in any scandals!

Lei Jun as the founder and CEO of Xiaomi has played a pivotal role in the company’s incredible rise to prominence.

Xiaomi has become one of the world’s leading smartphone makers in just six years, and Lei Jun is widely credited as the driving force behind this success.

Born in Xiantao, Hubei Province, in 1968, Lei Jun developed an early interest in computers and technology.

From a young age, Lei Jun was exposed to the hardships of manual labor and the importance of hard work.

This experience would shape Lei Jun’s views on business and entrepreneurship.

Lei Jun rose to the position of President and Chief Executive Officer of Kingsoft after seven years of service.

Lei Jun Co-founded Joyo.com, an online retailer, while serving as the CEO and President of Kingsoft.

He served as the company’s CEO for ten years before stepping down in 2009.

During his time at Kingsoft, Lei Jun helped the company grow from a small startup into a publicly-listed corporation with over 5,000 employees.

It soon began developing its proprietary operating system, MIUI, and expanding into other areas, such as smart TVs and home appliances.

Under Lei Jun’s leadership, Xiaomi has become one of the most successful tech companies in the world.

The company announced in March 2014 that it had secured $1 billion in funding, evaluating it at $10 billion.

Two years later, in 2016, Xiaomi was valued at $45 billion after raising another $1 billion in funding.

Lei Jun is widely respected as a visionary and gifted entrepreneur.

In 2015, he was named by Forbes magazine as the “Most powerful person in Chinese Tech”

Despite his impressive achievements, Lei Jun remains humble and down-to-earth. He even has a basic car and is known for having a modest life.

He has said that he wants Xiaomi to be like Apple without the “arrogance.”

Looking to the future…

He has said that he wants the company to be one of the world’s top three smartphone makers and become a “Global technology leader.”

With Lei Jun at the helm, there is no doubt that Xiaomi will continue to go from strength to strength.

How Lei Jun Spends His Money

Lei Jun is a big fan of cars. He owns several luxury vehicles, including a Ferrari and a Rolls-Royce.

He revealed his US$430,000 Mercedes-Benz S600 on Weibo in association with the launch of the brand-new Redmi Note 5A.

He also enjoys collecting art and has an impressive collection of paintings and sculptures.

In addition to his material possessions, Lei Jun is also known for his philanthropy. He has donated millions of dollars to various causes, including education and medical research.

He has a very big house in Shanghai city. His Shanghai property comes with a price tag of $15 million.

As the founder of Xiaomi, Lei Jun is no stranger to philanthropy.

In 2015, he founded the Mi Foundation, which is dedicated to improving education and healthcare in rural China.

The Mi Foundation has built over 100 schools and donated tens of millions of RMB to healthcare initiatives.

In 2017, Forbes named Lei Jun one of China’s top 10 philanthropists. Despite his success, Lei Jun remains humble and down to earth.

In a CNN interview, he said his work will inspire others to do good:

“I hope that through my actions, more people will be motivated to contribute to society and make the world a better place.”

Did you know that Xiaomi’s Lei Jun is also a fun person? Check out some fun facts about the CEO here!
Click to Tweet

5 Lessons We Can Learn For Financial Freedom From Lei Jun

Q1: Who is the owner of the Xiaomi company?

Ans: Chinese millionaire Lei Jun is an entrepreneur and philanthropist. He is renowned for establishing Xiaomi, an electronics manufacturer.

Ans: Lei Jun’s net worth is estimated at $14 Billion, making him the 190th richest person in the world.

Q3: Where was Lei Jun born?

And that’s the best bit of Lei Jun’s life and career. We still can’t move on from his great net worth!

We hope you enjoyed learning about this remarkable individual and his many accomplishments.

Lie Jun is an inspiration to us all, especially aspiring entrepreneurs. He has shown us that anything is possible if we set our minds to it.

So whatever your dreams or goals may be, remember Lei Jun’s story and go out there and achieve them!

Lie Jun is someone who you should definitely keep your eye on.

Thank you for reading this article about Lei Jun.

I hope you found it interesting and informative.

Additionally, you might want to look at Dolly Parton Net Worth and Magic Johnson Net Worth, among many others, only here at Insider Business School. 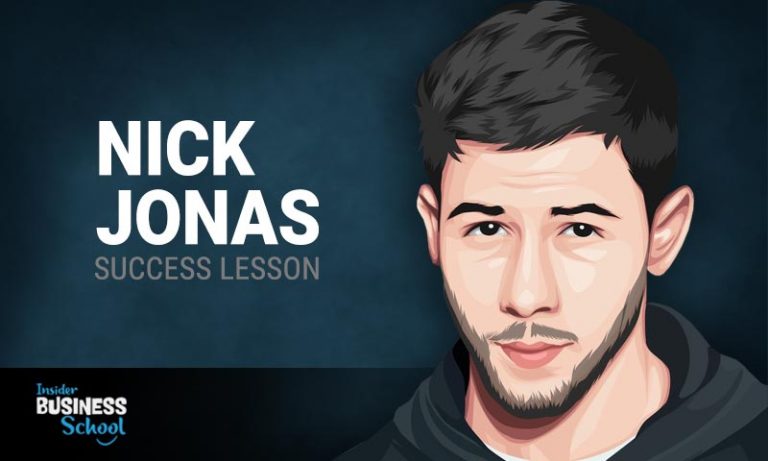 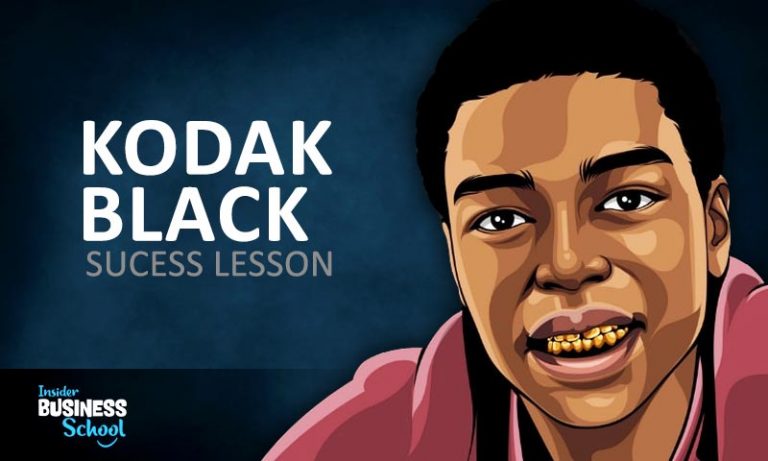